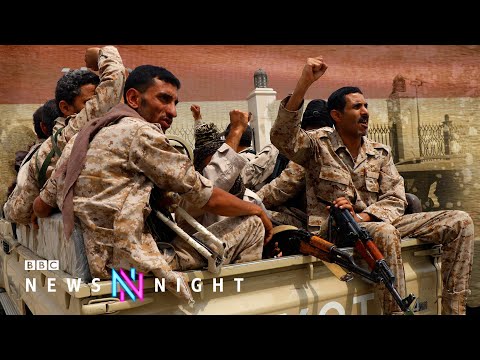 Seven years on from the start of the civil war in Yemen and the conflict shows no signs of abating. Please subscribe HERE http://bit.ly/1rbfUog

Seven years on from the start of the civil war in Yemen – one of the Arab world’s poorest countries – and the end of the conflict remains out of reach.

The conflict has its roots in the failure of a political transition supposed to bring stability to Yemen following an Arab Spring uprising that forced its longtime authoritarian president, Ali Abdullah Saleh, to hand over power to his deputy, Abdrabbuh Mansour Hadi, in 2011.

But the conflict is is a proxy war between Saudia Arabia and the Iran. The Houthi government, backed by Iran, still controls the capital, Sana.

The Saudi backed Yemeni government meanwhile controls much of the East and southern part of the country.

The frontline is the city of Marib. If the Houthis were to take it, it could prove a fatal blow to the Government. But is it the 200,000 refugees living in camps surrounding the city that will pay the price?

Emir Nader reports and this film was produced by Jack Evans.