Why are so many people committing suicide in prison? – BBC Newsnight

Why are so many people committing suicide in prison? – BBC Newsnight 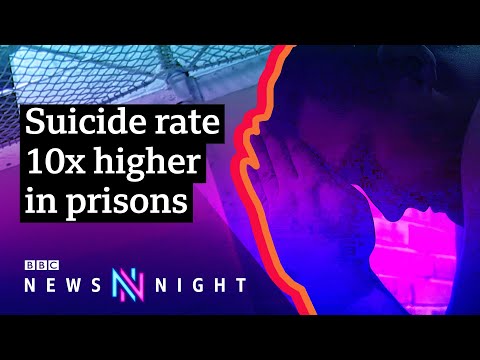 BBC Newsnight reports on the alarming levels of prisoners committing suicide and hear from the mothers who lost children to a prison process that failed them. Please subscribe HERE http://bit.ly/1rbfUog

Prison suicides are barely mentioned – outside the sensational ones that grab the headlines.

But over the last ten years there has been a dramatic rise in prisoners taking their own lives – up 220 percent. A death in prison can leave victims of crime, as well as families, desperate to understand what went wrong.

Newsnight goes behind bars to try and understand the part of the system that isn’t working. We discover a world in which mental health is treated too often with custodial sentencing, in which officers are promised training they never receive, and a world in which checks, that have never been made on prisoners, are recorded and falsified.

We speak to families who presumed their loved ones would serve short sentences in relative safety – only to find they would never return home.

L’articolo Why are so many people committing suicide in prison? – BBC Newsnight proviene da Websuggestion | Masterblog.