What does net zero mean for society and the economy? – BBC Newsnight

What does net zero mean for society and the economy? – BBC Newsnight 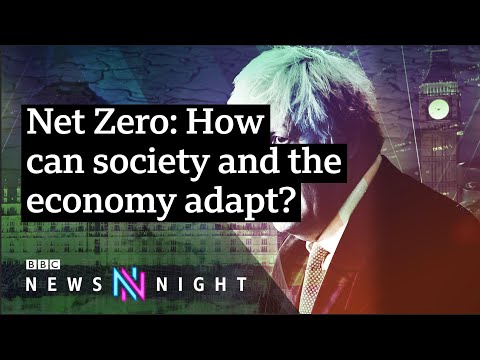 The report by the Intergovernmental Panel on Climate Change (IPCC) – the UN group on the science of climate change – said climate change was already here and causing chaos in some places.

The Prime Minister said the world must shift to clean energy and provide finance to help countries at risk from changing climates.

The UK government, which has adopted a 2035 deadline for a 78% emissions cut, is due to publish its strategy on cutting UK emissions to zero overall by 2050 this autumn.

Net zero means cutting carbon emissions as far as possible then balancing out any remaining releases, for example by tree planting.

But what could net zero mean for our society and economy? Newsnight Economics Editor Ben Chu reports.