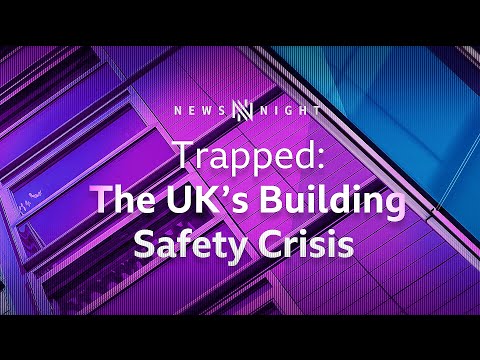 Newsnight reports on the building safety crisis blighting the lives of hundreds of thousands and potentially affecting more than a million leaseholders in the UK who could be trapped in homes they cannot sell and cannot afford to keep. Please subscribe HERE http://bit.ly/1rbfUog

The UK’s building safety crisis, that emerged in the wake of 2017’s Grenfell Tower fire in which 72 people died, woke a whole country up to the terror of living in unsafe housing.

But the crisis did not begin or end with the Grenfell Tower fire. Over the past five years, we’ve been discovering just how many homes have been constructed over decades with materials that are deemed to be unsafe – and buildings that ,even now, are still being built using them.

The burden has fallen predominantly on the people who bought their properties believing the work to be sound.

They now face demands for remedial payments in the tens of thousands – and find themselves unable to insure their homes or secure mortgages. Worse still, they can’t sell them and many are financially and physically trapped.

Newsnight’s Lewis Goodall delves into the bigger picture and reports on the breadth and scale of the building safety crisis.