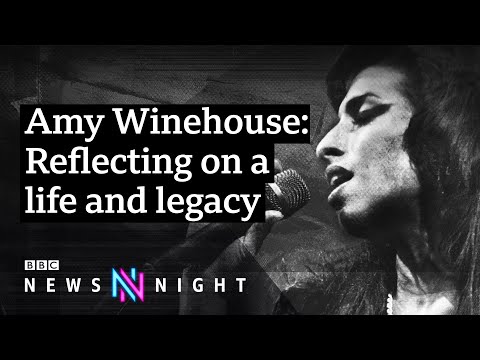 * Some strange language * A decade on from Amy Winehouse’s death, musicians Estelle, Mutya Buena, Ray BLK and Wendy James reflect on her life, legacy and the how they inspired them. Please subscribe HERE http://bit.ly/1rbfUog

It’s been a decade since Amy Winehouse, one of the UK’s most iconic musicians, died aged just 27.

Her phenomenal voice won her Grammys and a Brit, but the pressures that came with the fame often looked too much for her.

Hounded by the media, her spiral into addiction was cruelly and regularly laid bare as tabloid fodder. Would it be any different for a singer of her calibre now?

Newsnight’s Katie Razzall speaks to four female artists, who reflect on Amy Winehouse’s life and legacy and the impact she had on them.

Singer-songwriter Estelle and the Sugarbabes’ Mutya Buena, who both knew Amy Winehouse personally, share their memories alongside former Transvision Vamp band member Wendy James and Ray BLK, who won the BBC’s Sound of 2017.