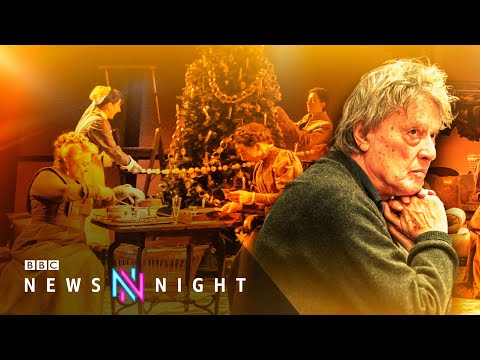 Playwright Sir Tom Stoppard talks to Newsnight about the impact of cancel culture, his latest production Leopoldstadt and why he feels he “must” write another play. Please subscribe HERE http://bit.ly/1rbfUog

Sir Tom Stoppard is one of Britain’s greatest living playwrights, whose feats of intellectual brilliance, wit and downright cleverness have kept audiences enthralled for decades, ever since he hit the big time with his absurdist tragicomedy Rosenkrantz and Gildenstern are Dead in 1967.

His latest play Leopoldstadt opened to great acclaim at the start of 2020 and shut just 7 weeks later when the pandemic forced the closure of theatres.

Some feared Leopoldstadt might be Stoppard’s last, but he tells Newsnight he feels he “must” write another play.