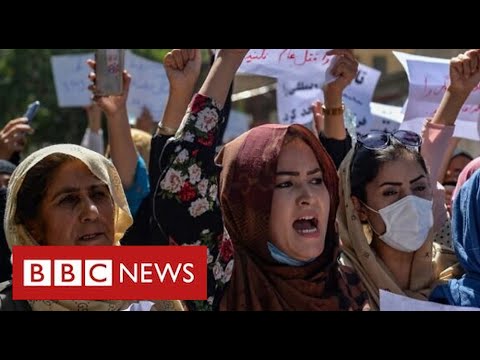 Hundreds of protestors including many women have taken to the streets of the Afghan capital Kabul, in the biggest show of dissent since the Taliban took control of the country.

Many in the crowds chanted slogans against neighbouring Pakistan whose government they accuse of supporting the Taliban.

The Taliban have announced an interim government three weeks after they took control of most of the country.