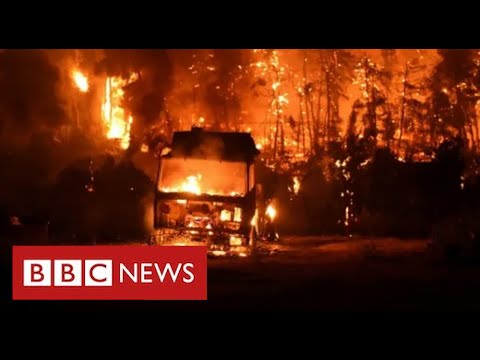 Hundreds more residents and tourists have been forced to leave a Greek island as wildfires rage out of control across the region.

Scorching temperatures have blighted much of southern Europe and Greece itself is seeing the worst heatwave in 30 years.

The region north of Athens – and Avia – the country’s second-largest island, are among the worst-affected areas. Ferries are helping evacuate residents and holidaymakers.