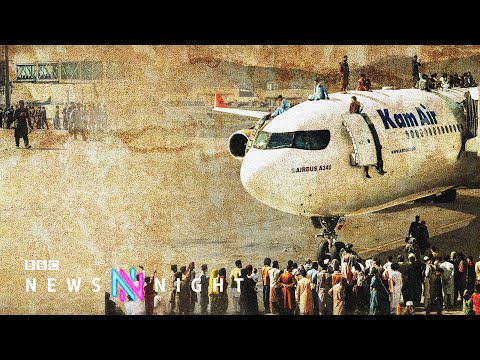 The updated Foreign Office advice says there is an “ongoing an high threat of terrorist attack”. Please subscribe HERE http://bit.ly/1rbfUog

People in Afghanistan should stay away from Kabul airport due to a “high threat of a terrorist attack”, the UK Foreign Office has warned.

In new advice, the FCDO told anyone in the area to “move away to a safe location and await further advice”.

US President Joe Biden has warned of a group linked to Islamic State that is seeking to target the airport.

It comes amid a race to evacuate thousands from Kabul ahead of the 31 August deadline when troops will leave.

In the update issued on Wednesday evening (25 August 2021), the FCDO warned Britons there was “an ongoing and high threat of terrorist attack”, and that travelling by road was “extremely dangerous”, with people alleged to have been “mistreated” on their way to the airport.

The BBC’s Lyse Doucet is live from Kabul and Newsnight’s David Grossman reports.