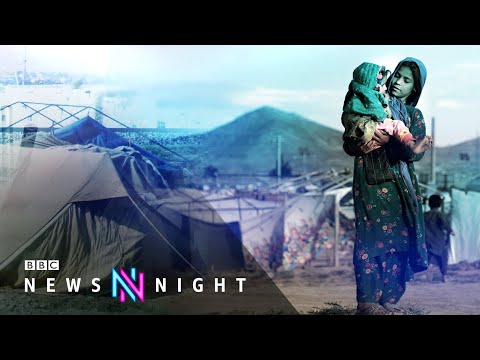 An upsurge in insurgent violence has left the western backed-government in Afghanistan fighting for its life.

The situation in Lashkar Gah, capital of Helmand Province where Britain fought its campaign, is still critical – with national forces limited to a small toehold.

Meanwhile the peace of the capital itself was shattered today with a bomb attack – believed to be targeted on the defence minister’s home.

Babar Baloch, Global spokesperson for UNHCR – the UN’s refugee agency – tells Newsnight the worsening situation in Afghanistan has forced an estimated 360,000 from their homes since January – 60% of them children – bringing the total to 3.5 million.