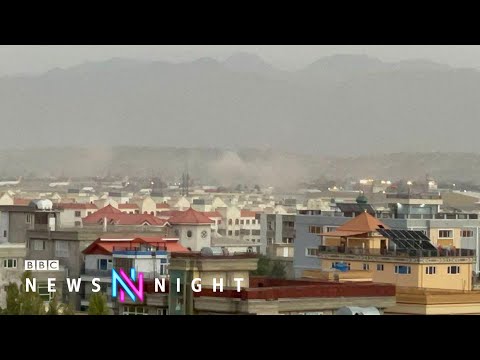 Two powerful bomb blasts have struck the perimeter of Kabul’s Hamid Karzai International Airport, as civilians continued to seek to escape on flights from Taliban-controlled Afghanistan.

At least 60 people have been killed and 140 others wounded, a senior health official in Kabul told the BBC.

The Pentagon confirmed US service personnel were among those killed – 11 US Marines and a Navy medic.

The BBC’s Secunder Kermani reports live from Kabul and Newsnight’s David Grossman looks at what happened as the day unfolded.